Coffee lovers rejoice. Birch Coffee is expanding in Manhattan and will soon be coming to the Financial District at 8 Spruce St!

We were lucky enough to speak with Jeremy Lyman, co-founder of Birch Coffee, and get the inside scoop about this exceptional coffee shop’s new location.

Jeremy fell in love with the space at 8 Spruce Street. When he has his heart set on something, he doesn’t easily give up. After about a year of negotiation, the space was his to open up the 7th Birch Coffee location. There is currently not much in the way of specialty coffee shops in the area, so this was the perfect new market to appeal to. Jeremy wanted to give the people who live and work in FiDi an alternative to large coffee chains in an accessible, thriving business and residential mecca.

Birch Coffee is not your average Manhattan coffee shop. Instead, it’s about the customer experience. What sets Birch aside from other larger coffee chains is that its baristas will take extra time to explain the roasting process, origins, and flavors in each type of coffee.

The first Birch Coffee opened in 2009. Jeremy and his co-founder and partner, Paul Schlader, heavily researched locations, product, design, and how to focus on sustainability at a coffee shop. The two came from very different backgrounds, they were the “yin to each other’s yang,” as some would say. Jeremy is a tried and true New Yorker, while Paul hails from Minnesota. 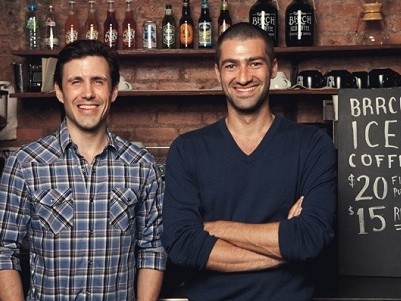 Jeremy’s background is in the bar and restaurant industry. He had previously worked as a bartender in Tribeca and Midtown. Customer service has always been Jeremy’s passion and from starting out in the industry, he knew he eventually wanted to call a restaurant his own one day. His passion for service is extremely apparent at Birch Coffee, where customer relationships are a number one priority.

The 27th St location was the first official Birch Coffee. With 10-12 employees, the shop was very over-staffed for the first six months. However, it was a learning experience that both Jeremy and Paul took to heart. They won’t tell you that they never faltered, because they did at first, but now both are successful thought leaders in the industry.

Jeremy stressed that the most important thing in business is keeping an open mind and knowing that there is always something else to learn.

What sets Birch apart is not only customer service and sustainability, but also the management. Jeremy stays on top of current trends and actively listens to suggestions from his staff. Birch Coffee also holds itself to a higher standard and a high level of expectation from not only its products, but also its customer service and relationships. 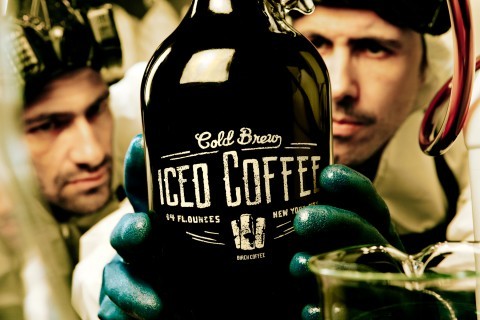 In 2013, Birch Coffee opened its second location in the West Village on 14th and 7th. Within a few short months and with growing popularity, a third location opened in the Upper West Side on 96th and Columbus. The following year, the original location on 27th moved down the block closer to Madison Ave.

With even more expansion on the horizon, a 4th location open its doors on 62nd and Lexington in the Upper East Side, followed by locations in Long Island City and Murray Hill. The Long Island City location includes a roastery, tasting, and cupping lab where 100,000-200,000 pounds of coffee are roasted per year!

Birch Coffee has now grown to over 60 employees who share a common value of not only serving a great cup of coffee, but also having an approachable, friendly attitude and enthusiasm for sharing the love of the science and history behind great coffee.

Next time you’re in FiDi, be on the lookout for Birch Coffee! Now you know where we’ll be before an apartment showing. And if you’re interested in learning more about the area, contact a knowledgeable real estate agent at Platinum Properties.