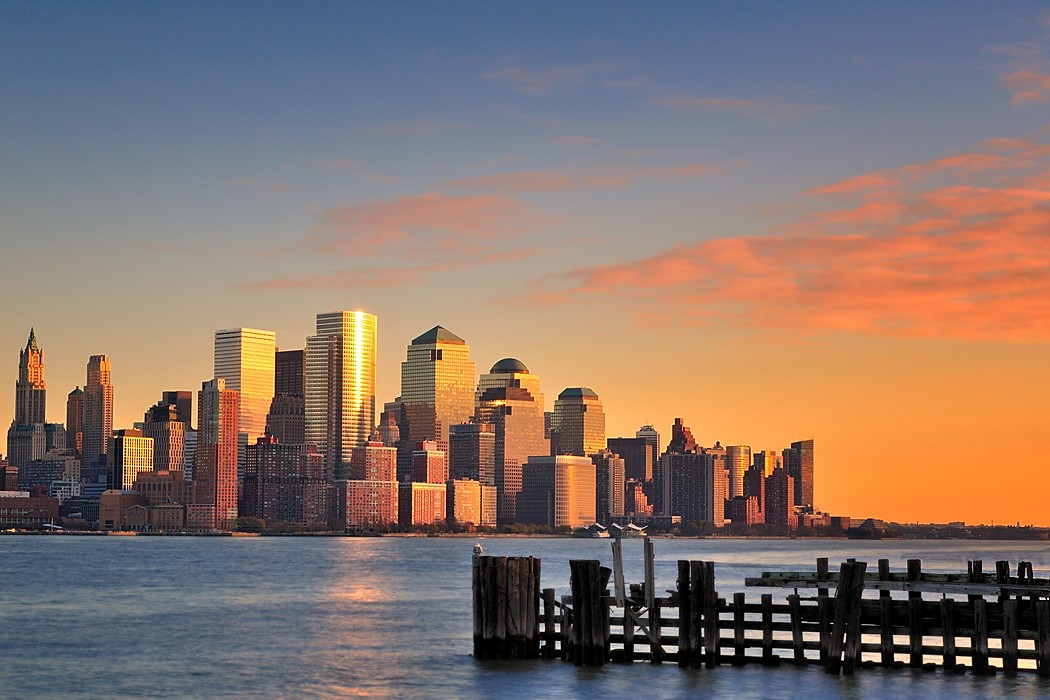 What do you think of the symphony of construction and the infamous masses of NYC?  And the tourists snapping selfies with an extended arm on the steps of Federal Hall, the street corners of John, Pine and William Street reverberating with renovations? We say these are the sounds of revitalization.

They said this ghost town would be laid to rest since civilization does not bounce back from tragedies as deep as 9/11.  As worldwide markets fell and housing markets suffered in 2008, Wall Street was the world’s nemesis. And finally, the mother of them all, Mother Nature, snapped savagely, sly and sudden, in the blink of a night with the power of a deceptively sweetly named, Hurricane Sandy.

Beaten, battered and bruised to say the least, the Financial District was sanctioned to surrender. Three major crises within a decade, all on the global forefront, deemed FiDi the no-man’s land of lower Manhattan. Besides the risk of financial re-investment, fear itself gripped the city with the threat of terrorism so real.  The Financial District was dormant – in mourning to terrorism, financial fallout and natural tragedy – and a stillness pervaded the area post 5pm, a paralysis of sorts had struck.

Yet, despite doubts and fear, many Lower Manhattan residents chose to stay post the September 11 attacks. 9/11.  One by one, we invested and consciously worked toward a labor of love for what would one day be “the Historic District” of all of New York State.  Many argue it is the legendary New York grit, the never-give-up and refuse-to-lose personas, while others say it is the tenacity of lower Manhattan tenants settled since the 70’s, immigrants of eastern Europe and Asia, who have seen bloody wars and have done their share of flight or fight. Financial redemption came in the form of President’s Obama Stimulus Act, in total an increase in public spending to save plummeting employment rates and further economic deterioration, with a big hand to Wall Street from the Federal Reserve.
It was a rock bottom that could only look up, and it slowly was rising again in FiDi.  Then Hurricane Sandy struck the final blow in 2012, flooding basements of high-rise luxury buildings, structurally damaging at least 7 buildings in Lower Manhattan, and causing mass mechanical repairs.

The rebuild started slowly, too slow to spark real hope some say, but enough to say, “eh, maybe.”  Daily city commuters will tell you the rise of the new Freedom Tower was bittersweet, a gargantuan replacement.  But up it rose – higher than anything in our hemisphere, and by 2014, at it’s opening it stood tall and proud. So, we stood tall and proud. It was not only a spectacular rebuild, but a beautiful memorial to the fallen. Later in 2014, Fulton Street Subway unveiled, a major connection to the World Trade Center Site and a hub for downtown Manhattan commuters.

How to Win A Bidding War in New York City

How These Agents Pivoted to Real Estate During the 'Great Resignation'