When people think of the Financial District in New York City, it’s common to picture only the hustle and bustle of Wall Street. However, a real New Yorker can tell you that there’s much more to FiDi than a parade of suits and ties. With a rich history and plenty to do and see, the Financial District is a wonderful place to live. From scenic views to delicious eateries, FiDi is one of the most renowned neighborhoods in Manhattan.

Located on the southeastern tip of Manhattan, The Financial District is home to some of the country’s most prestigious financial institutions. Consisting of major landmarks such as the New York Stock Exchange, the Federal Reserve Bank of New York, as well as the World Trade Center Museum and Memorial, the Financial District is one of the most historic sectors of the city.

The Federal Hall National Memorial, located on the corner of Wall and Nassau streets, is the very site where George Washington took the oath of office as the first President of the United States in 1789. So while FiDi may be considered the financial lifeblood of the city, it is also an important landmark in the humble beginnings of the U.S. 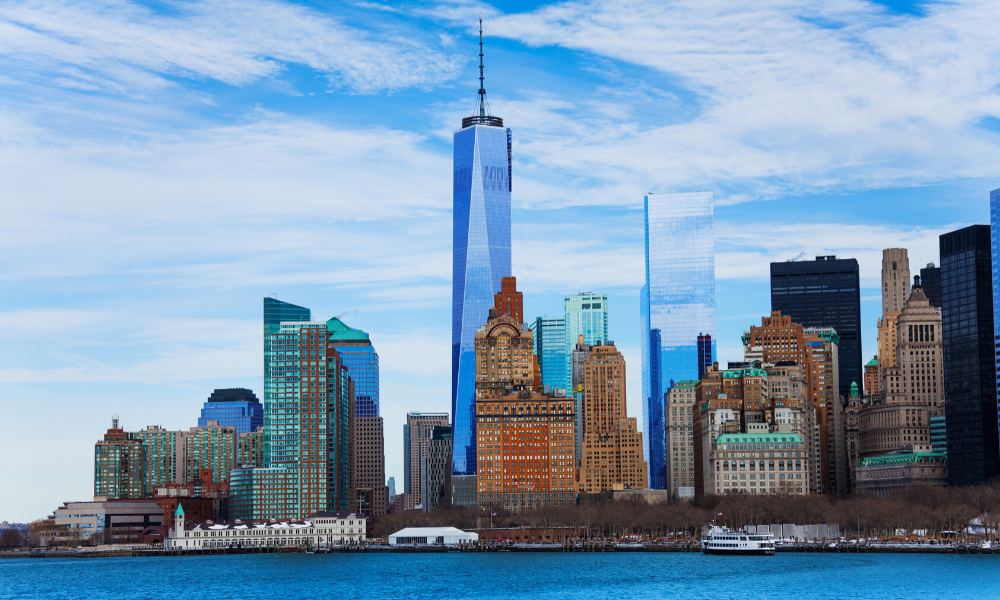 First and foremost, a trip to the Financial District wouldn’t be complete without visiting the 9/11 memorial and museum. Pay your respects to the victims and the events of that day by taking a walk around the two fountains, which are located where the Twin Towers once stood. Surrounding the perimeter of the fountains are the names of the thousands of people who lost their lives during the attacks. Inside the museum, you can find various interactive displays that walk visitors through the series of events that unfolded on that day. The experience is very powerful, and it’s something every New Yorker, American and visiting tourist should see, at least once.

The One World Observatory is a highly-encouraged stop on a tour of FiDi for breathtaking views of the city. Whether you decide to go during daylight hours or once the sun has set and the unmistakable glow of skyscrapers lights up the night, you won’t be disappointed by the seemingly never-ending view of the “Big Apple.” On your impressive elevator ride up 102 floors, you will be taken through the history of New York City’s infrastructure in only 47 seconds!

On a narrow cobblestone stretch in the heart of the Financial District lies Stone Street, and its fascinating history and an array of restaurants and bars make it a must-see. Originally paved in 1658, serving as the first stone-paved street in the city, Stone Street is now home to many historic establishments including The Dubliner, Stone Street Tavern and Adrienne’s Pizzabar. Expect to find it busy during the weekday lunch block, but for good reason!

This iconic sculpture, though a popular spot for photos, is essentially the ideological backbone of the Financial District. Serving as the embodiment of the capitalistic mindset of New York, paying a visit to this historic bronze statue puts you right at the center of the district and close to the New York Stock Exchange. It’s a great way to immerse yourself in the can-do, fast-paced culture of the city. 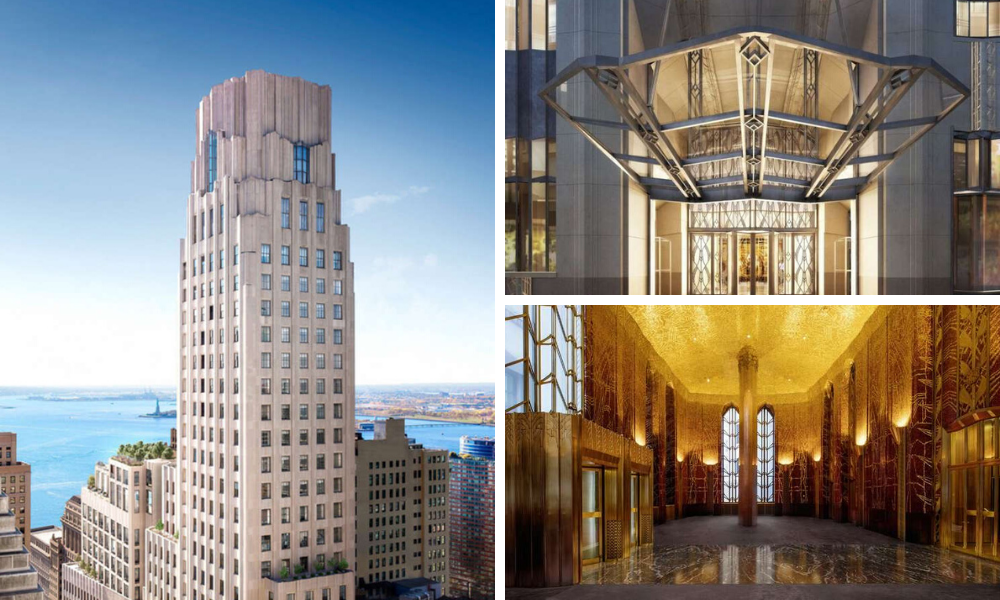 The Cocoa Exchange at 1 Wall Street Court is a pre-war building that dates back to 1904. The 15-floor landmarked building, which once housed space for the New York Cocoa Exchange, is situated on the corner of Pearl and Beaver streets. The building’s convenient amenities include a fitness center, an outdoor entertainment space, and landscaped terraces and balconies that overlook views of the district’s scenic skyscrapers.

The Beekman Residences consist of 68 condominiums within a 51-story tower at 115 Nassau Street, close to the historic Temple Court, a 10-story building constructed in 1881. The condos within the tower residences include one- to three-bedroom units and penthouses with gorgeous views of downtown Manhattan. Amenities for residents include a private dining room, a media room, a rooftop terrace and a fitness center.

1 Wall Street, located in the heart of the Financial Districts, is one of the finest pre-war condo conversion developments in all of Manhattan. Built in 1930, this 52-story building is home to over 560 units. All apartments feature floors made of engineered wood, as well as Miele appliances and washers and dryers. On the 38th and 39th floors, there is a 75-foot indoor pool and fitness center that overlooks Wall Street and the World Trade Center.

20 Exchange, located at 20 Exchange Place, is known as one of New York City’s most iconic towers. Historically referred to as the City Bank-Farmers Trust Building, Twenty Change is 57-stories high with 762 units inside. Amenities include a concierge, an indoor fitness center, a sun deck, and an entertainment lounge. The building is also known for its art deco architecture and has been featured in various movies including Wall Street, The Amazing Spiderman 2 and Inside Man.

75 Wall Street defines world-class luxury with an abundance of amenities. The 42-story tower, located at Wall and Water streets, offers a dramatic 360-degree view of downtown Manhattan from the upper 24 floors. Residents have access to the integrated hotel services including room service, catering, housekeeping, on-site parking, and valet laundry, as well as a concierge.

Living at 75 Wall means having all you need right at your fingertips. From shopping at Brookfield Place buzzing with prominent brands such as Le District, Saks Fifth Avenue, Hermès, and Burberry, you’ll be at the center of it all. With easy access to nearly every subway line at Fulton Center, to major food markets and restaurants like Dean and Deluca, Eataly, Nobu, El Vez, Blue Smoke, North End Grill, and many more, there’s something for everyone. There’s also the South Street Seaport closeby with its many shops and eateries situated on the East River with stunning views of the Brooklyn Bridge. 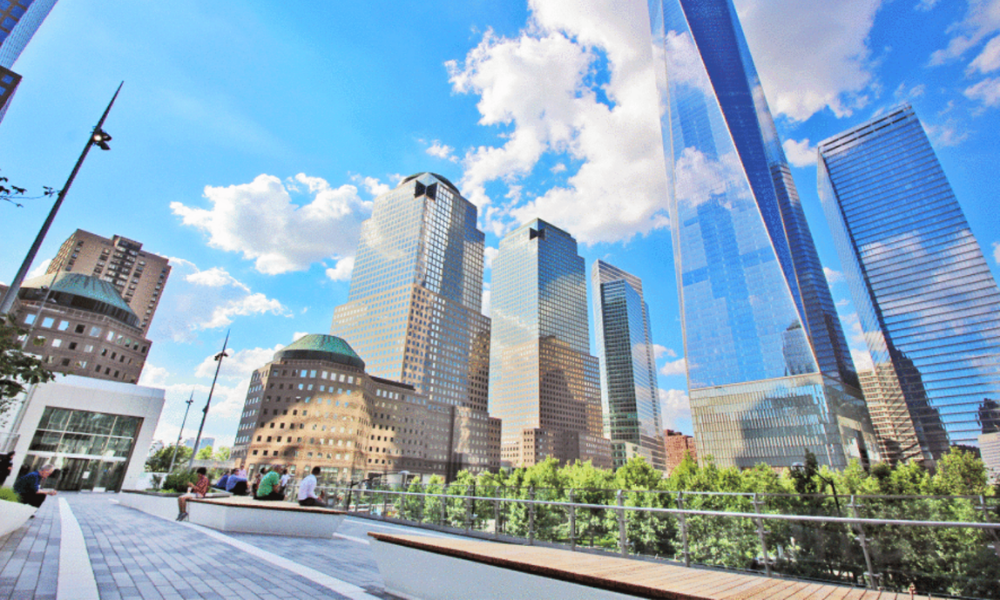 This park, located at the site of the 9/11 Memorial and Museum, is rated number four out of 130 parks in New York City according to Tripadvisor — and for good reason. This site, both beautiful and tragic, is a great spot for a moment of reflection and a powerful reminder of the resilience of New York City and our nation as a whole.

For breathtaking views, Battery Park is a must-see. Filled with jogging paths, street performers and historic statues, the park has something for the family to enjoy, and offers a gorgeous view of the Statue of Liberty. 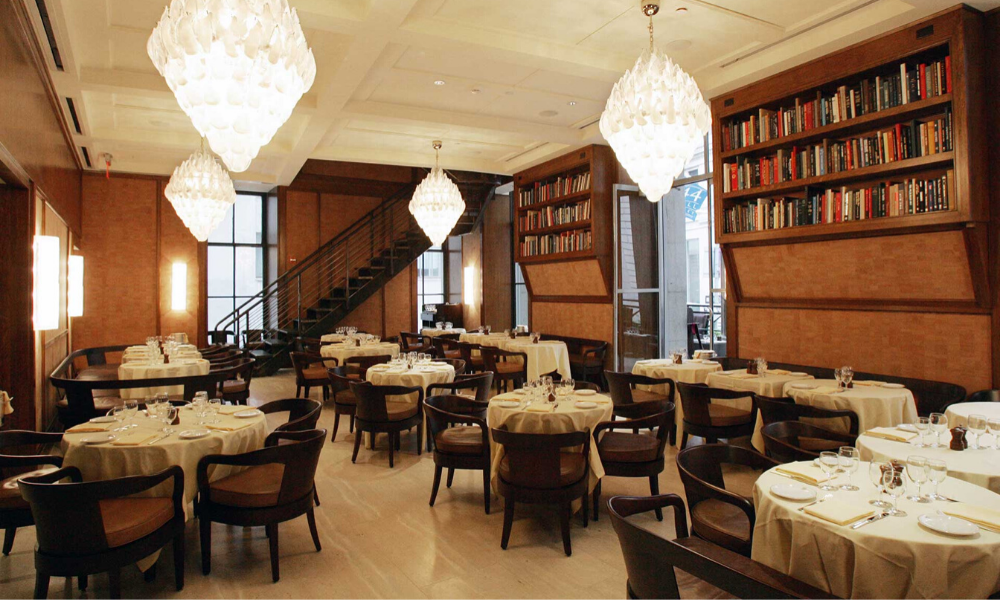 Cipriani Club 55, located on Wall Street, is an amazing spot to plan a business lunch during the week, or to enjoy a relaxed dinner with family and friends. This Italian restaurant is a great place to enjoy a cocktail and the scenic city views that overlook its balcony. This New York landmark served as the home of the New York Merchants’ Exchange, the New York Stock Exchange, the United States Customs House, and the headquarters of the National City Bank.

Located at 115 Broadway, Trinity Place is a restaurant and bar that offers fine dining and libation at the heart of the financial district. Commissioned by Andrew Carnegie in 1904, Trinity place serves modern American cuisine while allowing patrons to experience old-world splendor. There’s even a bar hidden inside an old bank vault from 1904!

Hole in the Wall

If you’re looking for a great breakfast spot, look no further than Hole in the Wall Cafe and Bar. With its great selections of toasts, smoothies, coffees, and more, this Australian cafe is a perfect place to grab a bite before work or to enjoy a delicious brunch during the weekend with family and friends.

Kesté’s Wall Street location is one of the best sit-down pizza places in all of FiDi. Offering a selection of over 20 different pies, the family-run pizzeria is a great spot to grab an authentic and delicious New York slice. If you’re on a budget, Kesté offers their plain Margherita pizza for $5 when you dine-in. Which, in New York City, is a deal that’s pretty hard to pass up.

Located on Water Street, the renowned Irish-American tavern is home to the largest array of Irish whiskey in the U.S., attracting both FiDi workers and visiting tourists to its taproom. For a quieter, sit-down experience, head upstairs to the parlor for delicious small plates served all evening.

If you’re looking for a good laugh, comedy clubs are a fun and popular nighttime activity with a group of friends. And luckily — New York City is home to some of the best in the country. In the Financial District, some great choices are the Dark Horse Comedy Club, Ivy Stand-up, and Caveat. If you’re looking for a place to see improv and sketch comedy, definitely check out UCB at SubCulture, a comedy club founded by one of the biggest names in comedy, Amy Poehler. 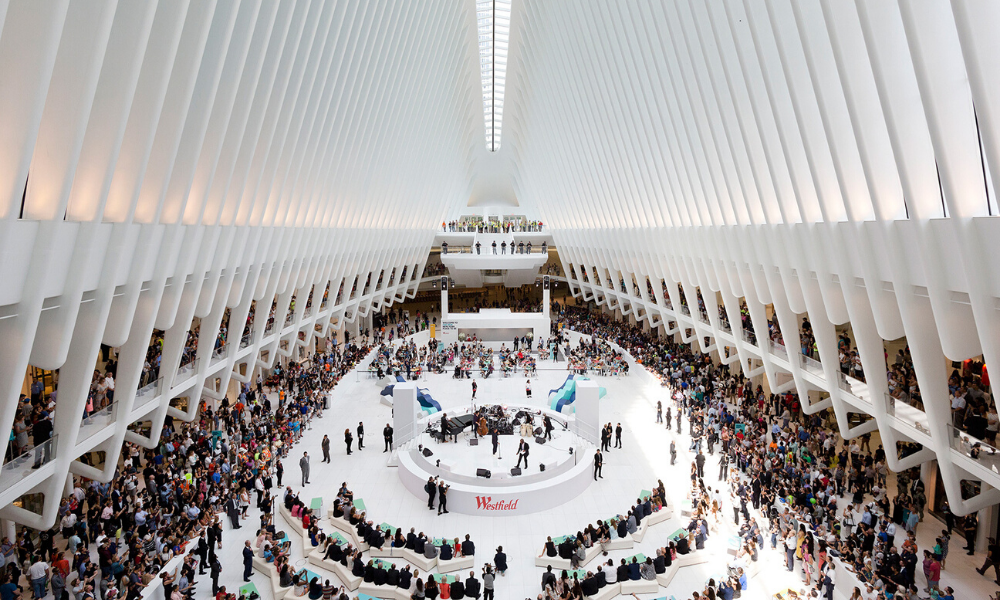 Located directly across from the World Trade Center Memorial, Brookfield Place is a high-end shopping complex designed for the Financial District resident. With over 30 stores and services, including Tory Burch, Omega, Lululemon, Louis Vuitton, Equinox and more. Brookfield Place has a wide selection of shops to suit anyone’s needs and desires. Also, the shopping mall is home to a large ice skating rink perfect for birthday parties, corporate outings, special events, or private lessons. 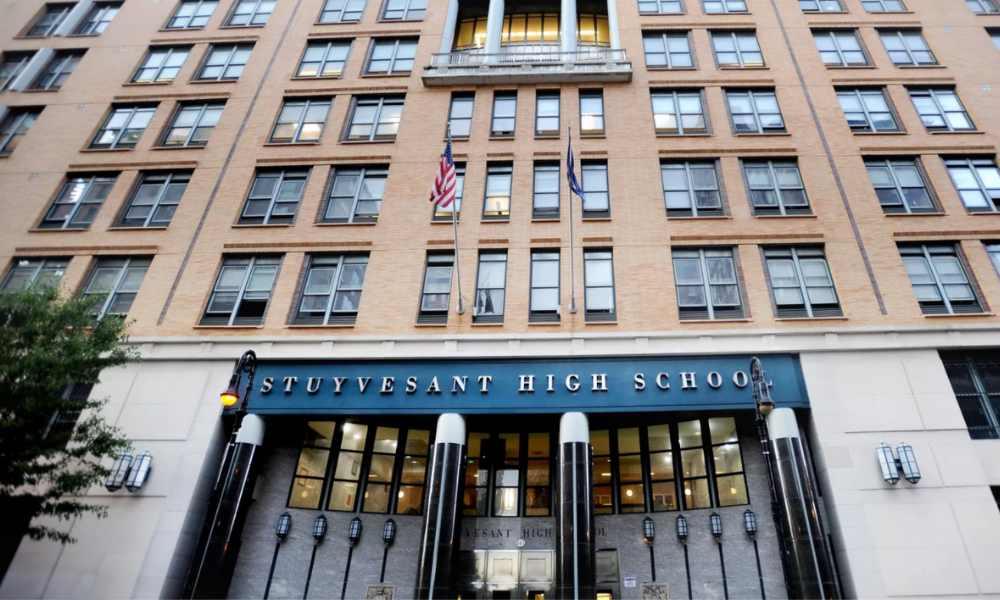 The quality of a child’s education is extremely important, as it is a critical component for a successful future. If you’re thinking of moving down to FiDi with children, it’s crucial to locate great schools — and FiDi has got you covered.

Here are just a handful of schools that serve the Financial District and it’s growing family population:

Although it’s often filled with corporate workers and entrepreneurs, the Financial District is home to nearly 60,000 people, so what are you waiting for? Come see how great living and working in FiDi can truly be.

Platinum Properties is the leading expert in all-things Financial District. Interested in moving, or touring one of our exclusive properties? Reach out to an agent today to get your home search started.