An Upper West Side apartment building sold for $266 million in April. New York-based apartment investor A&E Real Estate purchased the tower formerly known as Trump Place in the sought-after Manhattan area. Find out about the sale and what it means for the luxury real estate and rental markets.

The apartment building, 140 Riverside Boulevard, is a handsome edifice that was built in 2003. Overlooking the Hudson River, the building has 354 apartments, and amenities such as lounges, a playroom, a gym, and commercial space.

The Upper West Side apartment building, together with two others at 160 and 180 Riverside Boulevard, was known as Trump Place until residents voted to rebrand after Donald Trump’s victory in the 2016 presidential election.

A&E executive chairman, Doug Eisenberg said his company firmly believes in New York City, and that they have held to that belief strongly over the last two years. According to Eisenberg, this conviction was the driving force behind the company’s purchase of excellent multifamily buildings at enticing valuations.

Speaking about the sale, Equity Residential chief investment officer Alec Brackenridge said the price at which they sold the Upper West Side apartment building indicated that investor interest in owning apartment buildings was strong. He added that the company still has a large presence in the market, and that it would retain its focus on affluent renters while continuing with its strategy of portfolio diversification.

What This Means For The Luxury Real Estate Market

Platinum Properties Sales Director Melissa Joy True said she doesn’t expect the 140 Riverside Blvd. sale to impact the luxury real estate market unless the building is converted to condos for sale in NYC. “My sense is it will remain a rental building,” she said.

Melissa added that she wasn’t surprised by the sale. “The seller, Sam Zell, has been very public about wanting to liquidate real estate assets lately,” she explained.

On the possible impact of the sale on the Upper West Side and, potentially, other parts of the city, Melissa said, “It’s actually an extension of the Upper West Side new development boom that started a few years back. There has been lots of controversy on what could be built, and it has led to a spur in new product popping up in the neighborhood.”

What This Means For The Rental Market

Just because there’s been a huge sale in the Upper West Side doesn’t mean other areas of the city’s rental market are waning.  Tribeca apartments, West Village apartments, and other areas of downtown New York are still extremely popular.

We’ve seen demand for apartments for rent increase as the city rebounds from the pandemic. In fact, February this year saw rents leap to a record high. Manhattan rents surged to a record-shattering $3,700, far outpacing the $3,450 high of April 2020.

After two years of relatively easy rental opportunities at low prices, one in five renters faced bidding wars, while rentals spent an average of 24 days on the market. The rental market is showing no signs of giving way to houses for sale in NYC. 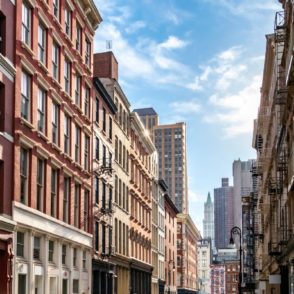 New Yorkers Fantasize About These Neighborhoods 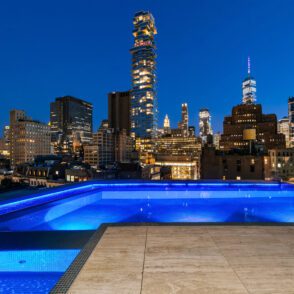 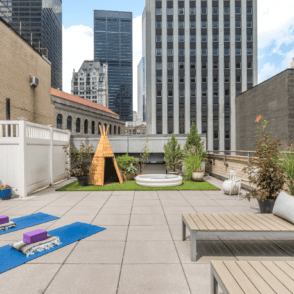 Apartment Features that Command the Highest Prices for Sellers