New York City’s future mode of transportation could be up in the air and is Platinum approved. The East River Skyway is a plan for a multi-phase urban gondola to connect the growing residential and commercial areas between Manhattan, Brooklyn and Queens by Daniel Levy, president of CityRealty, an online real-estate company.

This system of transportation could help over 5,000 people travel in either direction per hour in under 5 minutes. The plan is to have the aerial transit system built and put into place in stages, the first stage includes connecting Lower Manhattan and Williamsburg to help alleviate train commuter traffic. 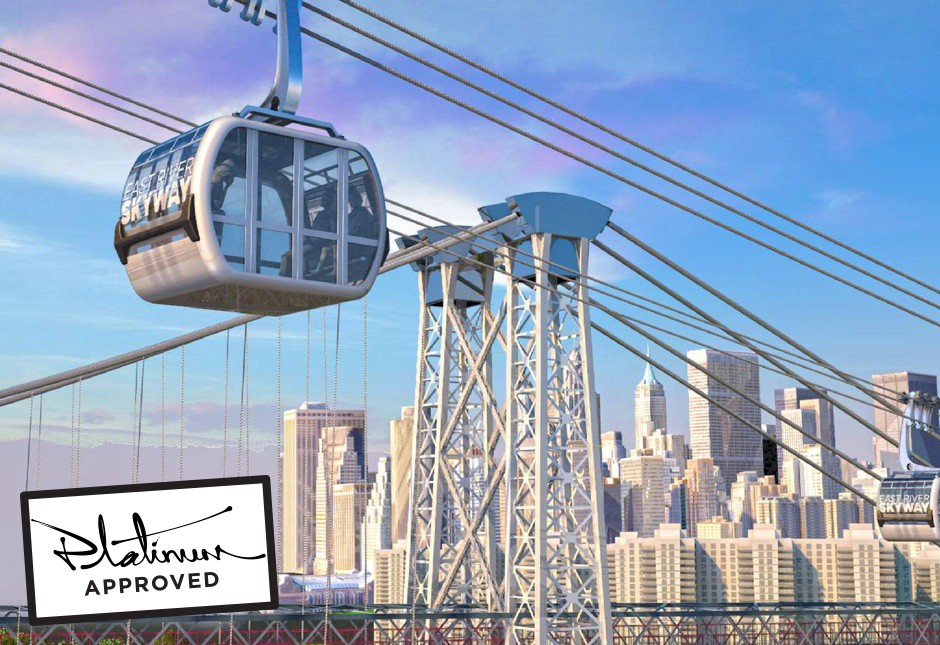 Levy says, “You would get the best view you could imagine and a comfortable environment while avoiding the mayhem of the train in the morning.” For phase one of his proposal the estimated cost is $75-$100 million as opposed to building more subway lines like the Second Avenue Subway line which totals in at $1.5 billion just for its Phase 2 and only has created more congestion due to its construction process. 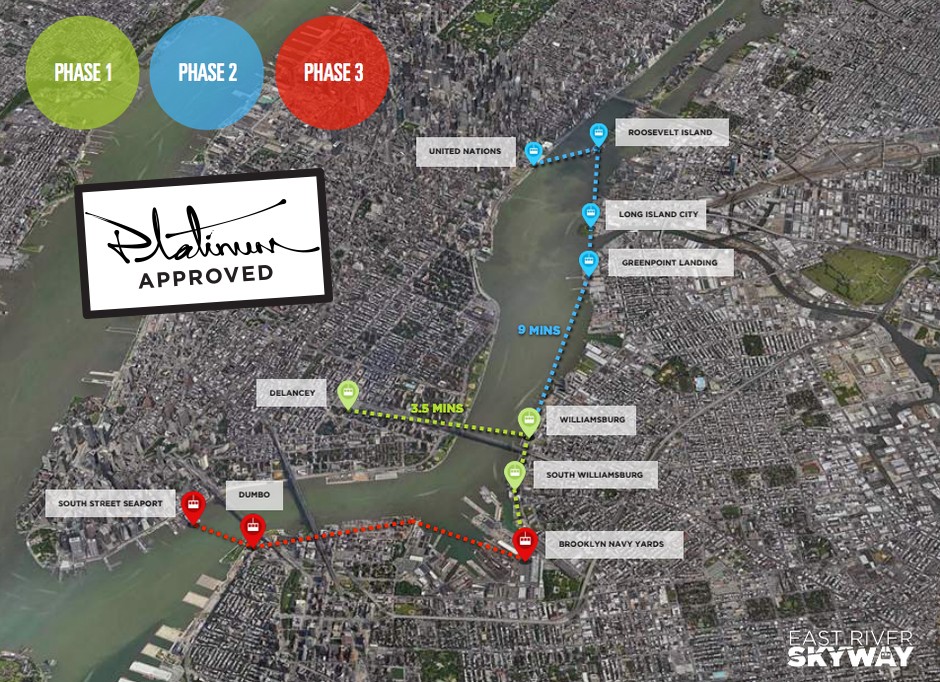 Anyone who’s ever waited for more than 2 overpacked trains in NYC to go by during their morning commute would love to tell you that it isn’t a great problem to have when it’s time to get to work. This East River Skyway looks like it could be the perfect solution. The second phase of this plan would continue the route north to Greenpoint, Long Island City, Roosevelt Island and the United Nations in Midtown, while the third phase will connect the South Street Seaport to Dumbo and the Brooklyn Navy Yard.

With all the renovations happening in the Financial District, the East River Waterfront and Brooklyn, what could be better than traveling and taking in the beautiful new renovations on a gondola on the way to work?