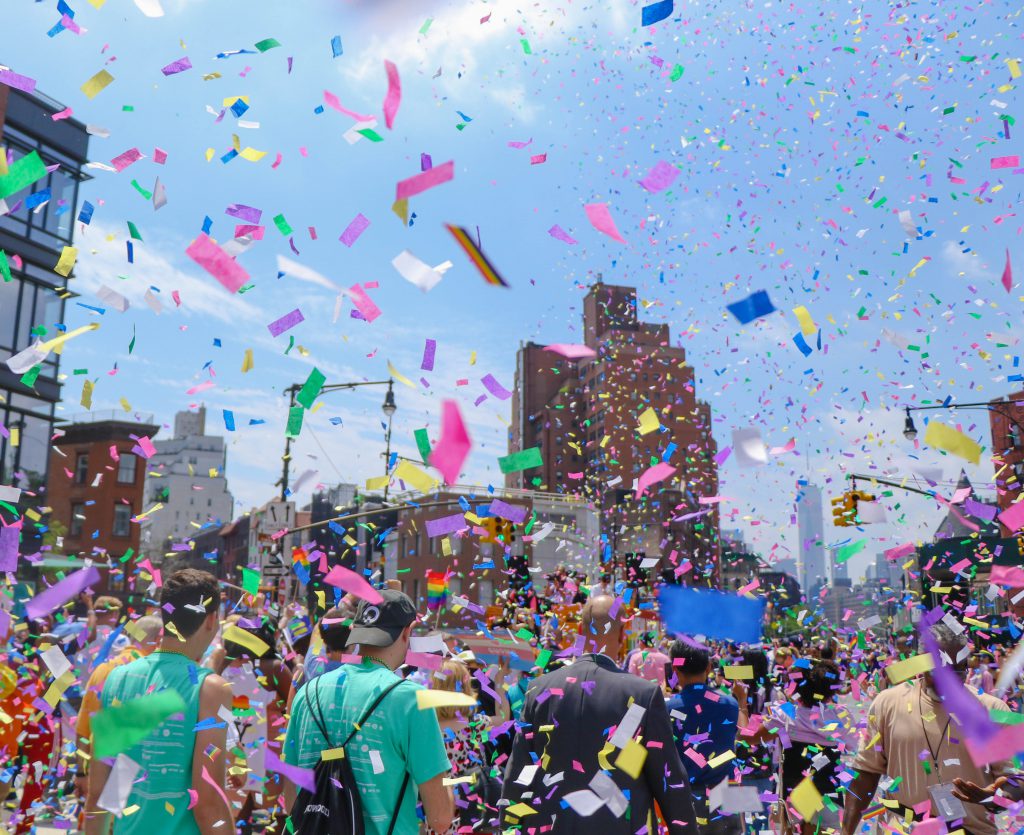 Major celebrations await! As usual it’s Pride this June, New York City’s largest event celebrating the modern movement for LGBTQ+ rights. And here’s the best part: NYC Pride will simultaneously host WorldPride for the first time ever in the United States, honoring the 50th anniversary of the Stonewall Uprising right in Manhattan’s West Village.Time to get ready for a colorful month with plenty of sunshine and a monumental Pride march!

WorldPride is a culturally-diverse expression of the quest for equality and liberty of LGBTQ+ people worldwide. It was created to rally the LGBTQ+ communities on a global level and promote freedom and human rights, and has been thrown in a number of international cities like Rome, Jerusalem, London, and Toronto.

This year, the NYC Pride season is marked by both Stonewall50 and WorldPride 2019, which include a ton of never-before-seen activities as well as special editions of iconic events like the March, Rally and Pride Island. Newer events like Youth Pride offer even more options for people to get involved and enjoy the occasion.

While WorldPride does attract a huge community from all over the world to celebrate and mingle, you can also explore the history and culture of NYC’s LGBTQ+ community through several of the city’s historical sites. It’s at these special buildings and locations where the modern gay rights movement began in the 60’s and grew.

Just recently the New York City Landmarks Preservation Commission called out six historic LGBTQ sites which may become preserved as landmarks. Among them is the Gay Activists Alliance Firehouse at 99 Wooster Street, which served as the headquarters for the Gay Activists Alliance in 1969, as well as the Women’s Liberation Center in Chelsea and Caffe Cino on Cornelia Street. These locations would join the iconic Stonewall Inn, the Greenwich Village bar that’s considered the birthplace of the movement, under the landmarked LGBTQ umbrella.

Get your agenda ready for an exciting Pride month and check out the full calendar of events at: https://2019-worldpride-stonewall50.nycpride.org/events