Any New Yorker will tell you that there is no better way to get around the city than by riding the subway. With about 470 train stations and 26 subway lines, we boast the largest subway system in the world! In 2014, there were 793 million passengers with an average of two and a half million riders per week.

It’s no wonder that prospective tenants thoroughly consider the commute before settling on a neighborhood in any of the boroughs. Unlike other booming neighborhoods, the Financial District is singular in that it offers the best subway accessibility to date. The Fulton Street station alone features the 2, 3, 4, 5, A, C, J and Z subway lines. An express train can take you to Times Square in just 15 minutes, if not less. Whether you are looking to commute to the furthest stop on either the East or West side, the commute from FiDi can practically be a hop, skip and a jump away!

If you find yourself looking for that perfect apartment near a “subway stop,” look no further than the Platinum District. Contact any of our subway savvy agents and ask them how this reinvented neighborhood is now home to the best transportation hub in all of Manhattan.

Unlike public transit elsewhere, the NYC subway runs 24 hours a day, 7 days a week, 365 days a year. However, this is not without the nuisance of technical difficulties and construction delays that inevitably come with a 35-year-old transit system. Whether you are a native New Yorker, or a bright-eyed New Yorker-to-be, you know the subway is here to stay. Enjoy our quick guide to subway success featuring the best and worst lines, as well as five cool facts about the system!

According to a report by the Straphangers Campaign, an arm of the New York Public Interest Research Group, we have the 7 and the L for the win! Based on a few performance factors including regularity of service, breakdown rate, and interior cleanliness, these two lines surpassed the rest. The 7 had a near-perfect cleanliness score, and was less crowded than average. While the L was ranked the dirtiest, it still holds up for regular and scheduled service; not to mention the discernible in-car announcements making anyone’s so called “working proficiency in conductor tongue” entirely extraneous.

5 Things You Didn’t Know About The NYC Subway

1. Every now and then, the MTA brings out vintage subway cars. 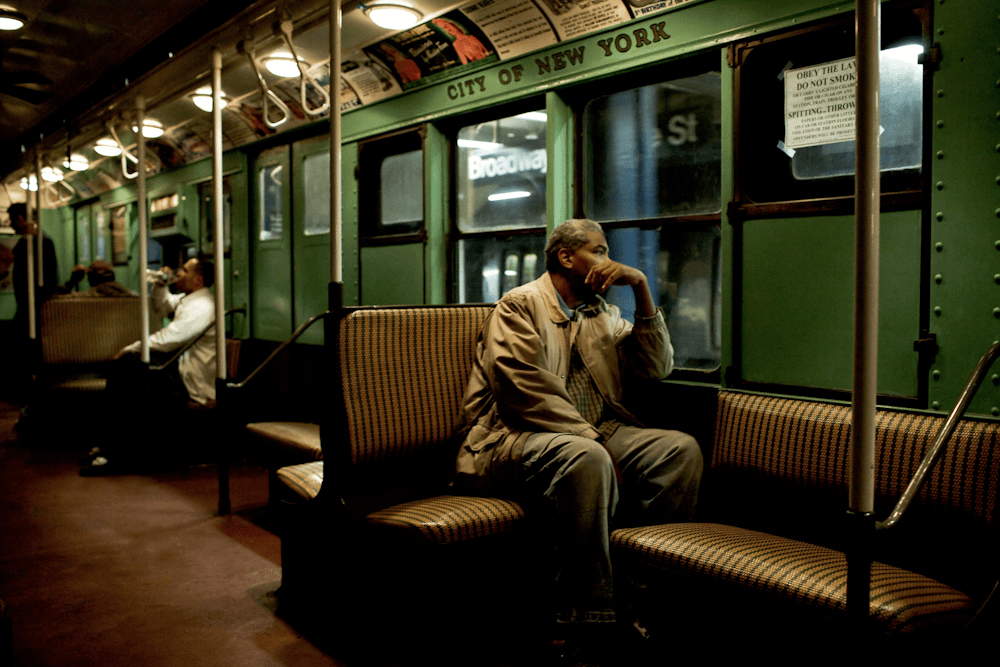 “This is true. I happened upon this little gem as I was on my hurried way to the Upper East Side from Grand Central Station. In a customary commuter daze, I dashed down the mezzanine stairs to the Uptown 4, 5, 6 platform. My lids flickered up, down, and side to side, in search of an open subway car while honing in on all my multitasking adult skills (like stepping) so as not to plummet, and take innocent commuters down with me. Luckily, the car was there and with open arms. I hurried in and smiled victoriously at my timely win. After a few brief seconds, I looked around and noticed that the crowd was painted in navy and white. I had unknowingly boarded the one-stop, express train to Yankee Stadium; a train that only runs at a specific time to the first home game of the season! There I was among die-hard Yankee fans for a subway ride that I’ll always remember.” – Gabriela Reyes, Platinum Properties 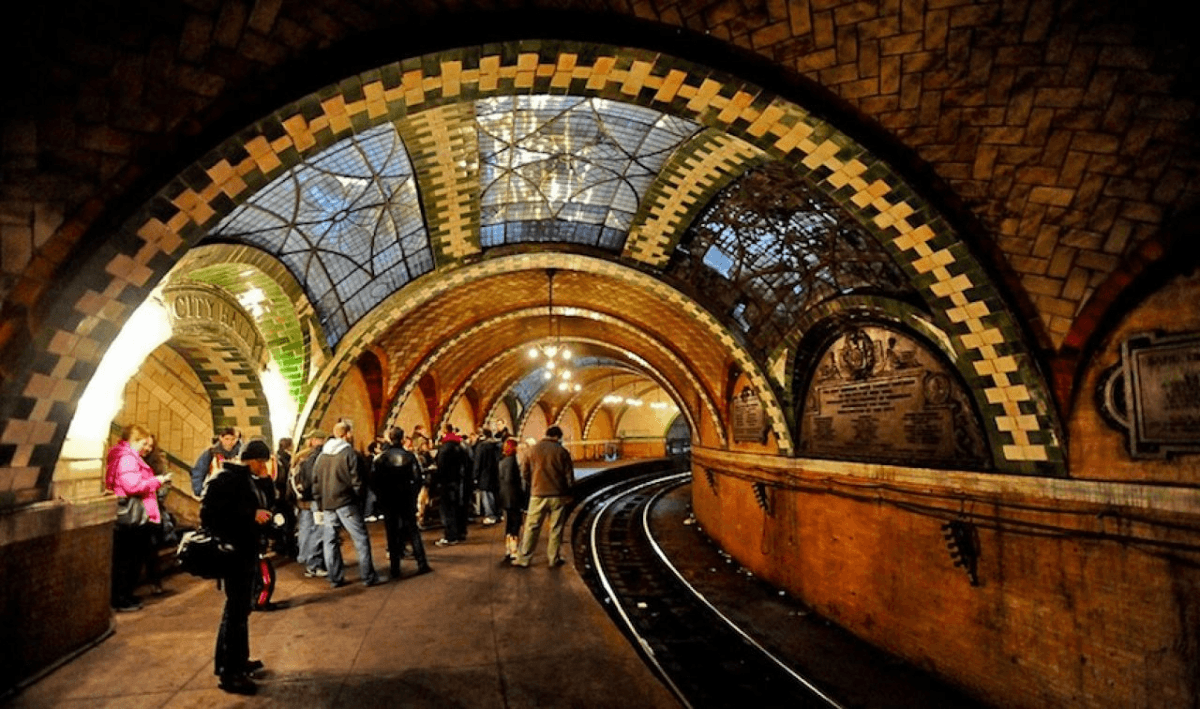 You can still catch a glimpse of the original vaulted arches that decorate the station by staying on the 6 train after the last stop. 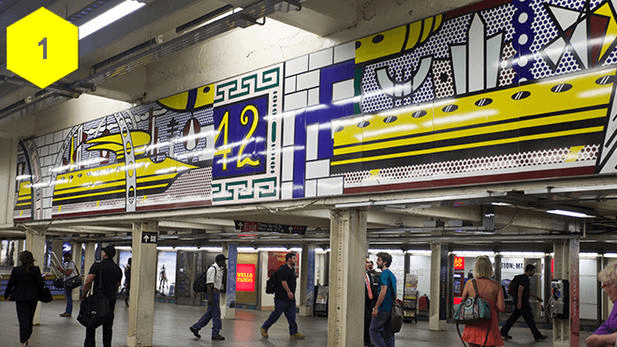 Calling all pop artist fans! Check out the huge mural by native New Yorker, Roy Lichtenstein, completed as part of the MTA’s Arts for Transit initiative.

4. More people pass through the NYC subway every single day than live in all of Denmark.

About 5.8 million people ride the NYC subway every day, and that is 0.2 million more than the total population of Denmark.

As mentioned before, the 4, 5, 6 can’t take much more, so the 2nd Avenue line was proposed as a solution to the heavy congestion on the East side. Let’s see if it actually opens for the anticipated December 2016.

Quirks and all, we are fortunate to have a successful transit system in this great city. Looking to call NYC your new home? View our listings and start the search for your new home!