Winter in NYC can be wonderful: fact or fiction?

New York City winter can be majestic with the soft blanket of white that covers Central Park, the anticipation of exciting new developments in the new year, and the endless places to get a delicious hot chocolate, just to name a few.

Winter in NYC can also be horrible with snowstorms like recent storm Jonas forcing you to cancel your weekend plans. NYC winters can also be full of melted snow puddles that look shallow until you step in them, and the annoying travel delays like late or suspended buses and trains or bumper-to-bumper traffic as a result of bad weather conditions.

The reality of winter in New York may tempt you to make like a bear and hibernate in your apartment until spring, but that’s not possible because true New Yorkers are always on the go.
Here are just a few tips, tricks, and myths busted that will help you get around in the snow and cold in New York City. 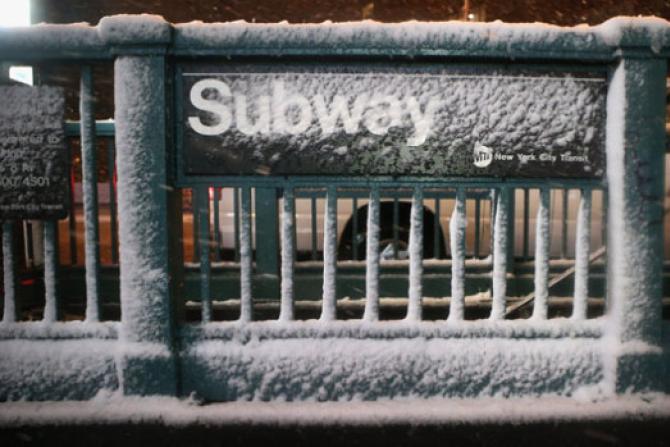 Myth: You’ll get stuck on the subway during a big snowstorm.

Reality: Not likely! The MTA knows how to handle extreme weather conditions, and the city of New York takes the safety of its residents and visitors very seriously. Travel routes are closely monitored. Specific travel bans, like the suspension of bus service or the shutting down of particular trains or above-ground subway lines, are put into effect when it’s no longer safe to commute. There may even be citywide bans, like the requirement of all cars, buses, and trains to cease operation when conditions are too treacherous. Pay attention to emergency updates sent to your phone and check the MTA website before heading out. Additionally, download apps like Embark NYC, which send schedule updates based on service changes and advisories. 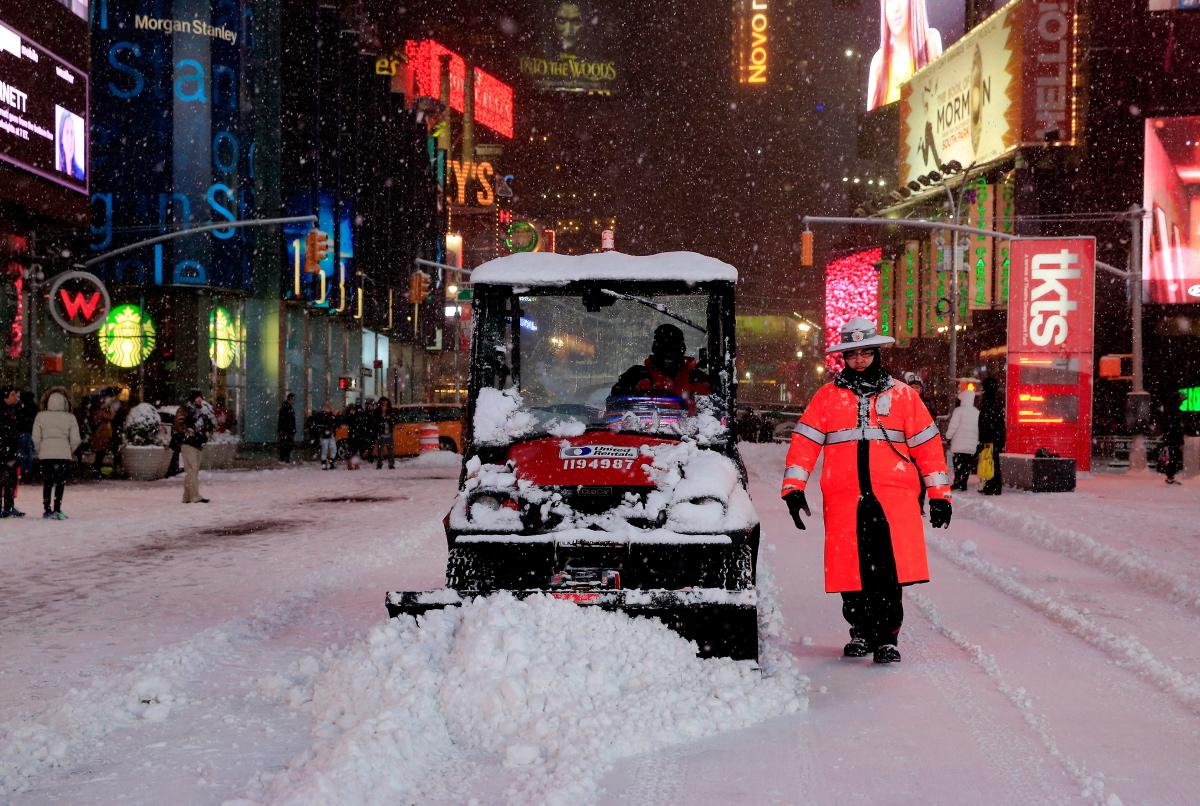 Myth: You won’t even be able to walk out your front door after its snows.

Reality: Not in New York! Roads are cleared ASAP by the Sanitation Department, and property owners are required by the city to clear adjacent sidewalks covered with snow to 18 inches beyond the curb or face fines of $100-$350. Be wary, though, Manhattan is typically cleared faster than the other boroughs. There also may still be piles to leap over when crossing from one sidewalk to another – but it’s bearable and you will definitely be able to walk out your front door. 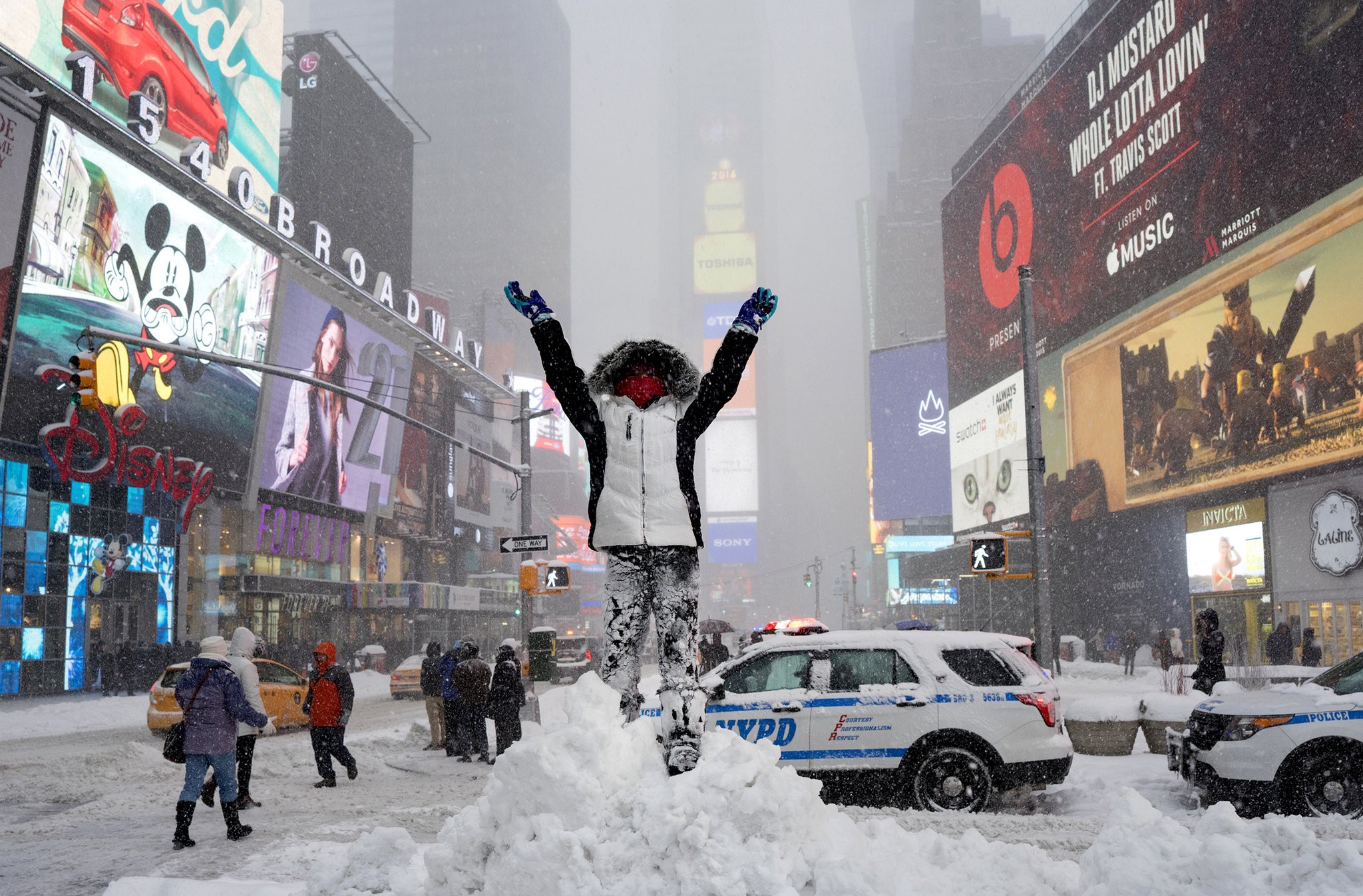 Reality: Well, maybe. A large number of businesses closed with the afternoon travel ban that was put in effect when 26 inches of snow from Jonas hit, but most places were up and running by Sunday morning, and schools were open on Monday. New York is the city that never stops—and even when it has to, it’s never for long! 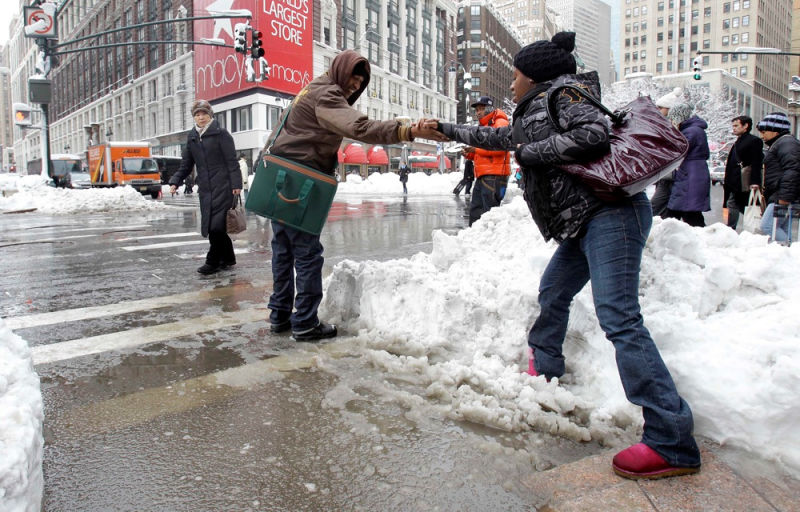 Now you’re ready to bundle up and make your way through New York City, no matter the weather. Once you go through a few New York winters, you will realize it’s really not so bad. The city is prepared to clear the way for all the hustle and bustle of New York.

If you need to get around NYC because you’re hunting for a new apartment in the winter, don’t worry: get in touch with a Platinum Properties agent and we’ll get you into a new home, fast—just in case you do want to make like a bear and hibernate until spring!