As most FiDi residents know, Delmonico’s is an iconic downtown restaurant that has been around for centuries. However, demographics have greatly changed over the years as the Financial District has emerged and grown into a downtown mecca with many people and families seeking to rent and buy luxury apartments in the area. The Financial District has become so much more than just finance and is now known for fine dining and thrilling entertainment. FiDi is certainly no longer an 8am-4pm town, and Delmonico’s busy evening reservation list can attest to that. 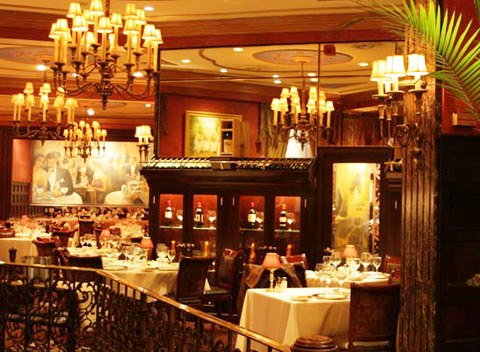 Behind the historic columns that guide diners through the restaurant doors was the invention of the famed cake and ice cream dessert known as the baked alaska in the the 1840s-50s. The popular starter Manhattan clam chowder soup was also created at this monumental location, as well as the popularization of the iron-filled side dish creamed spinach. Lobster Newburg is also a delicacy and popular dish created at Delmonico’s. In addition, the sought-after breakfast favorite eggs benedict came to be at Delmonico’s, among these other firsts. These are just a few of the delicacies to mention.

From firsts in creating dishes and menu options, Delmonico’s also made large strides in social progression. Delmonico’s was the first restaurant in America to allow women to dine without the presence of man. Ladies luncheons became popular under the Delmonico’s roof where women would meet their friends without their husbands. This was a huge social step for women’s rights. With their forward and progressive thinking, Delmonico’s was also the first to hire a woman as a cashier, said Jimmy.

As progressive as Delmonico’s was with hiring women and allowing them dine there, they were also pioneers in shifting the demographics of lower Manhattan. Prior to the last decade, the Wall Street area was only known as being lively between 8am and 4pm when the stock market is open. Lunch was traditionally the largest draw for people who worked downtown near the New York Stock Exchange. After 4pm, Wall Street would be a ghost town. Now, it’s opposite. FiDi is still thriving into the evening.

Dinner is now one of the most popular times for Delmonico’s. About 10 years ago, the restaurant began staying open on Saturday nights. The crowds trickled in slowly, but now Saturday nights are packed with approximately 250 people coming in regularly.

Chef Jimmy also filled us in on the history of the restaurant. He told us that Delmonico’s originally opened as a cafe in 1827. The restaurant was opened by two brothers from Switzerland. The famous Delmonico’s burger comes from the brothers’ home country.

After the Great Fire of New York, Delmonico’s rebuilt their business and reopened the restaurant in 1837. Many amazing dishes were created behind the original columns of the building rumored to be imported from the ruins of Pompeii. The restaurant is still housed today in the same original building on Beaver Street in lower Manhattan. After the fire, they kept the facade the same and rebuilt the inside of the restaurant. 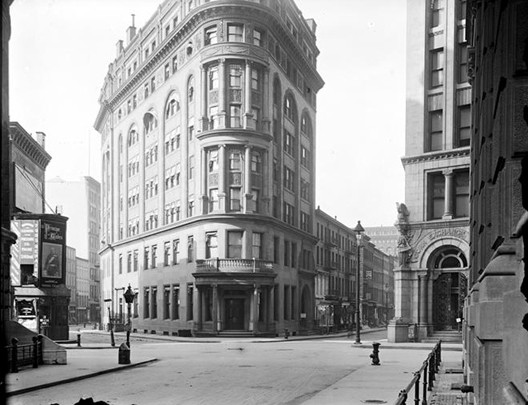 With all the amazing delicacies and delicious menu items, Delmonico’s is thinking of expanding their hours to include an elegant weekend brunch with an experience similar to the exquisite Plaza Hotel. The restaurant still remains closed on Sundays. However, they have greatly expanded since their opening in the 1800s.
To learn more about how FiDi has rebuilt itself over the last decade since 9/11 and how the area has transformed into a luxury real estate haven, contact a knowledgeable real estate agent at Platinum Properties. We can even give you suggestions about where to go in FiDi and when you can get in at Delmonico’s. It’s amazing how a restaurant has thrived in FiDi for centuries and is still a standard that many restaurants all around the world look to.